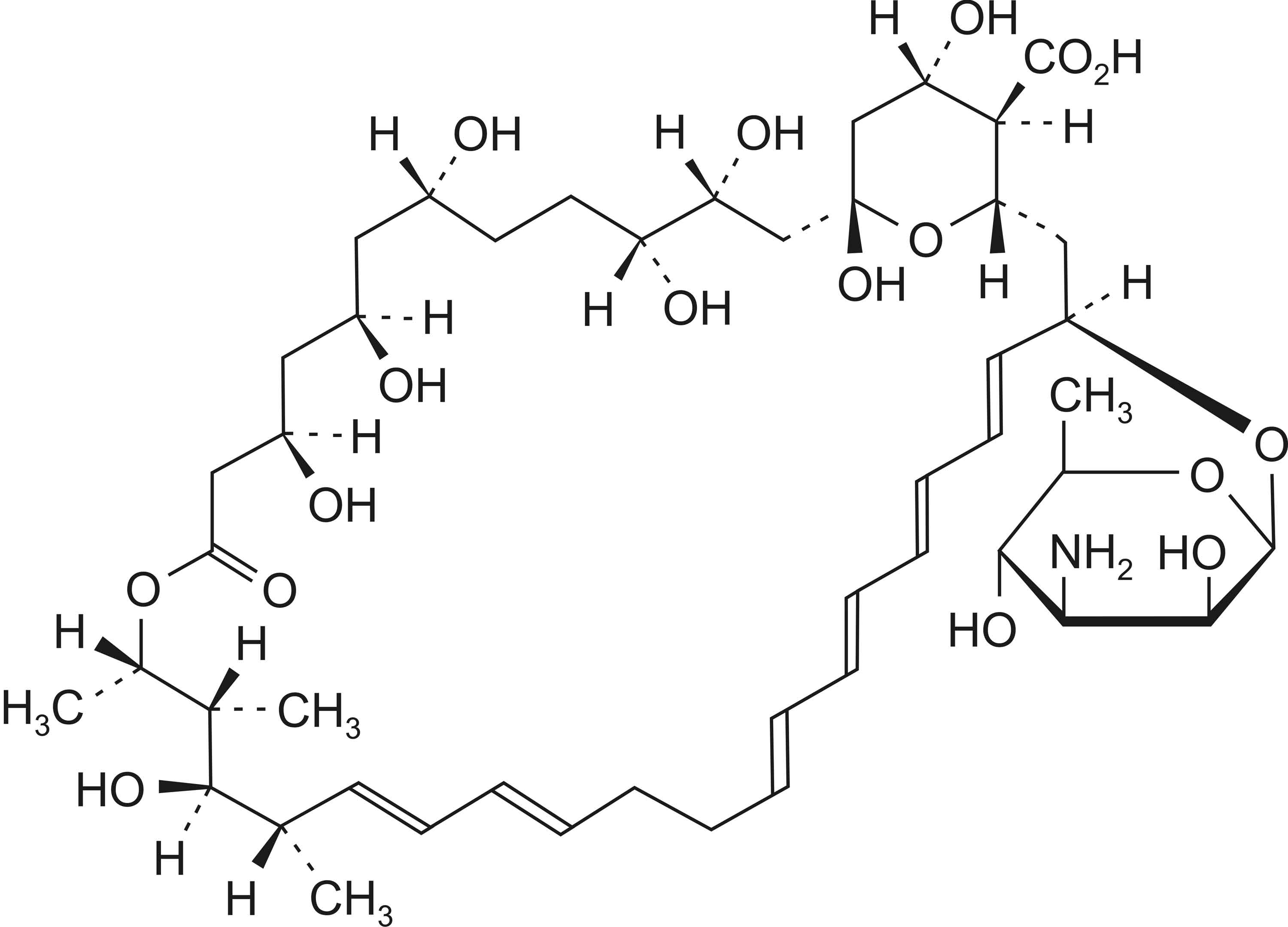 ACTIONS :
Nystatin is an antifungal antibiotic, produced by a strain of Streptomyces noursei, active against yeasts and yeast like fungi, including Candida albicans. The antifungal activity is probably due to the binding of sterols in the cell membrane of the fungus with a resultant change in membrane permeability allowing leakage of intracellular components. Nystatin has no appreciable activity against bacteria.

MICROBIOLOGY :
Nystatin is both fungistatic and fungicidal against a wide variety of yeasts and yeast like fungi. Demonstrates no significant resistance to nystatin on repeated subculture in increasing levels of nystatin; other species become quite resistant. Generally, resistance does not develop. Nystatin acts by binding to sterols in the cell membrane of susceptible species with a resultant change in membrane permeability allowing leakage of intracellular components. Nystatin exhibits no appreciable activity against bacteria, protozoa, or viruses. In vitro Candida albicans in vitro Candida in vivo Candida.

INDICATIONS :
NYSTATIN  TABLETS  B.P. is indicated for the treatment of candidiasis, oral infection and skin infection.

Dosage :
For the treatment of intestinal candidiasis :
5,00,000 units every 6 hours, doubled in severe infection.

Paediatric Use :
Safety and effectiveness in paediatric patients have not been established.

SIDE  EFFECTS :
Nystatin is well tolerated even with prolonged therapy. Oral irritation and sensitization have been reported.

Other :
Tachycardia, bronchospasm, facial swelling, and nonspecific myalgia have also been rarely reported.

INFORMATION  FOR  PATIENTS :
The patient should be informed of symptoms of sensitization or irritation and told to report them promptly. The patient should be warned against interruption or discontinuation of medication even though symptomatic relief may occur within a few days.

OVERDOSAGE :
Large oral doses have occasionally produced diarrhoea, gastrointestinal distress, nausea and vomiting. There have been reports of allergic reactions to orally administered Nystatin, although these are rare.

TREATMENT  OF  OVERDOSAGE :
Treatment should be symptomatic and supportive.

STORAGE :
Store below 30°C (86°F), protected from moisture and light.
Do not refrigerate.